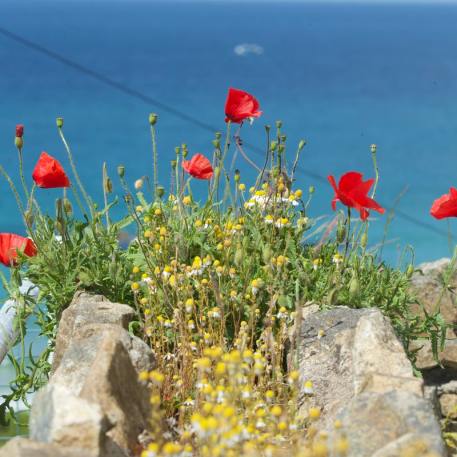 “In Flanders Fields the poppies blow/  Between the crosses, row on row,/ That mark our place; and in the sky/ The larks, still bravely singing, fly/ Scarce heard amid the guns below.

We are the Dead. Short days ago/ We lived, felt dawn, saw sunset glow,/ Loved and were loved, and now we lie/ In Flanders fields.

I was 22 in 1963 when President John Kennedy was assassinated. I was 29 when Dr. Martin Luther King, Jr., was likewise assassinated. They had been the two voices of hope for my generation who were going to remake the world as we knew it.

I was so young when they so violently died. I did not understand.

I was 25 and living in Baltimore, Maryland, when riots broke out in neighborhoods in the inner city, and buildings and businesses and homes were torched and burned to the ground.

Weeks later, having moved to Cleveland, I was relieved that we had escaped the city of fire. But then the Hough neighborhood underwent the same fate. Riots, fires, looting, civilization running amok here, too.

I was young and I could not understand.

There were the years of targeted school and church shootings that stole our children and which tore at my heart just as they did the hearts of so many others.

We could not understand.

This past week, mayhem arrived in a city that I have loved since I first went there with my mother when I was a starry-eyed 13. It was magic! I lived in Minneapolis for ten years, during seminary and while serving in a large downtown church. I am familiar with the areas now lying in ashes.

A new name was added to a long and tragic list this week: George Floyd.

I am old now, and I finally understand enough to be even more deeply heartbroken and searching for hope than I have ever been. All of the experience, resilience, wisdom, calm and depth that I have found in these elder years is being tested.

When I became a pastor 43 years ago, I felt called to be a light in the world, a presence of the radical love of God for all people, for all creation. I was among the second wave of women clergy who had at last been allowed to be ordained into ministry in the established church. I have been incredibly blessed by the ministries that I have been called into.

In each one, I have carried the Love that I have for all people – All People – through these years as a pastor and preacher. No one has been excluded from the love of God on my watch.

In my world, love is offered, not earned. It is given, not used as ransom. It is handed out generously and without favor, not withheld until a test has been passed. It is held out to the last and the lost and the least just as it is to those more easily favored.

In my Christian world, today marked the celebration of the Festival of Pentecost, as recounted in the Book of Acts in our New Testament scriptures. According to the account, thousands of people were gathered in Jerusalem for the yearly festival. Many languages were being spoken so no doubt they were gathered into their own particular ethnic and linguistic groups as they stood around.

Not understanding each other.

Then, it is told, a mighty wind came blowing through their gathering place, and they looked at each other in surprise, and it was as if they saw flames standing on each head, and suddenly, their words all became understandable to each other! How could that be so?! And yet, it was.

They were understanding each other.

This was the appearance, for the first time in history, of the coming of God’s Holy Spirit right into the messy, complicated, difficult world. That Spirit would dwell now in each of us – so that we might understand.

Spirit is not limited to the Judeo-Christian tradition. It is part of every human quest to understand this life that we have been born into, every spiritual and religious framework that has shown up. This strange, lovely, scary, challenging, beautiful, heartbreaking, heart-mending, joyous, terrible, hopeful, hopeless, loving , hating, hard, glorious life that is ours is lived in and through the Spirit born into each of us.

This very Spirit is ours together, no matter what name we might give it. No one lives this life alone. Not really. We are all One. This is grace.

What I know today is that my understanding of these present heartbreaking days will not come from how I think of them (my default setting). The understanding will come from intentionally opening wide the living, spacious, loving Spirit that dwells in me; to open it even wider to the very life places that I do not now understand fully enough.

Life – like the red poppies above – still grows out of cracks in pavements and parched deserts and abandoned old stone steps. It dashes across the cemeteries of the dead and grows through the concrete that gave way to fire in our cities. It breaks open the hard places that remain in our hearts and sweeps them clean. Life wants its beauty, wherever it can make it. Life longs for the love of what it has created. Life longs for us.

May we find, each of us, the new life that is growing even now in us, the life that gives birth to a love beyond our understanding.

I’m so very okay with that.